For the past 28 years, Denzil Palmer served as General Manager and Secretary of The Royal Montreal Golf Club. Under Denzil’s leadership, the Club hosted several successful amateur and professional tournaments, including three of the Club’s 10 Canadian Opens in 1997, 2001 and 2014, as well as The Presidents Cup in 2007.

Following almost a decade in the Hotel Industry (commencing at Fairmont Chateau Laurier and ending at the flagship Holiday Inn Tower in London), Denzil served as General Manager of Greenhills Country and City Clubs in London, Ontario, for 14 years after launching their opening in 1976.

Denzil Palmer received the Club Manager of the Year Award in 1997. In 2017, he was presented with a Lifetime Achievement Award at the Excellence in Club Management Awards in San Francisco. He is only the third recipient of this Award in over 2 decades. Also in 2017, the Canadian Society of Club Managers (CSCM) presented Denzil with the President’s Award (the Society’s most prestigious Award), recognizing him as one of CSCM’s longest standing and highly regarded General Managers. At the same National Conference, Denzil Palmer was elected a CSCM Honorary Life Member. He is also an Honorary Life Member of Royal Montreal.

Denzil’s enviable reputation and vast network throughout the Club and Hospitality Industries will be an asset to the clients served by McMahon Group.

Send Denzil B. Palmer an e-mail 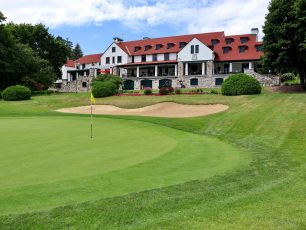 After an exceptional season last year, both in terms of golf rounds and public health protocols, Canadian clubs are anticipating another successful, albeit unusual year.