Great Clubs Don’t Happen by Accident – It takes Dedicated Leadership: This is The Pelican Bay Story 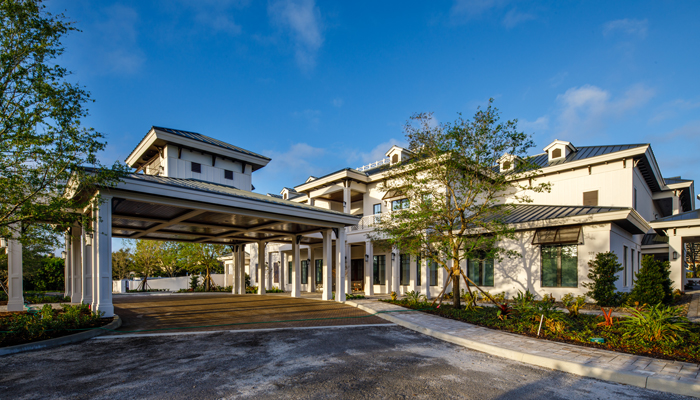 How did a fine club within one of Naples’ most prosperous communities, The Club Pelican Bay, solve its clubhouse problem, and with its solution become one of the most sought-after clubs? It was all about having great leadership on the board and a hardworking, dedicated general manager. The Club Pelican Bay was struggling in reaching its full potential with one glaring deficiency, its 1970s Tahitian, very dated clubhouse as the other Naples clubs were completing major projects. The Club Pelican Bay clubhouse was its Achilles heel, its millstone preventing success. Not to be denied, the board, general manager and McMahon did something staggering. While renovation was considered, it became clear that there was no feasible way to save the old clubhouse. So several years of surveying members, master planning, presenting and finally constructing a state-of-the-art clubhouse, The Club Pelican Bay has become the club of choice in Naples. Much as in the Great Land of Oz, whose wizard gave the lion courage, the tin man a heart and the scarecrow a brain, the wizards on the board at The Club Pelican Bay gave the club a spectacular clubhouse, and all the rest is history. A project started in 2015 was completed last year. Today The Club Pelican Bay has been completely transformed by its new clubhouse, spa and fitness center. It now is restoring its 27-hole golf course. The momentum never stops once a club begins moving in the right direction. 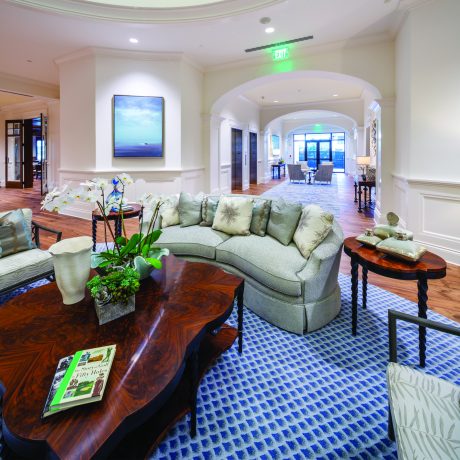 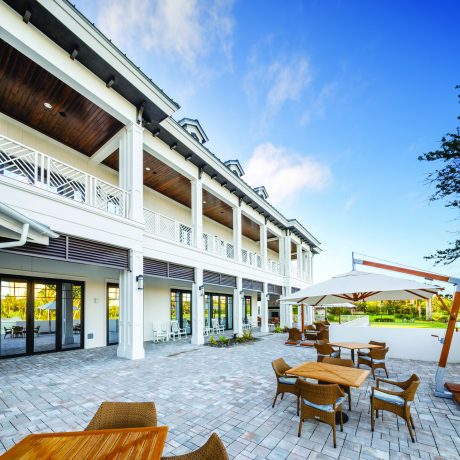 Many say Florida residential community clubs need mandatory membership to survive, but this is far from the case at The Club Pelican Bay. There is no mandatory membership, only a great club with great members attracting more new members. Many say you can’t change the whole vision of a club with just a clubhouse, but The Club Pelican Bay did just that. For a club almost begging for members in its social category, today all categories are filled. The net result of the clubhouse project has been over 140 new members joining for a net gain of 96 members. The golf initiation fee has increased from $100,000 to $120,000.  Food and beverage volume for today’s 946-member club has increased by 81% from 2015 when the project started (now it is $3.6 million), and progress still continues. Just think, it all started with a simple quest for redecorating some old dining rooms. It was in trying to redecorate these rooms and rebuilding a kitchen that also led to the soul-searching for determining how to achieve maximum club success in Naples. The Club Pelican Bay’s $34 million success story is testimony and proof that a club’s clubhouse is one key ingredient in driving club success. 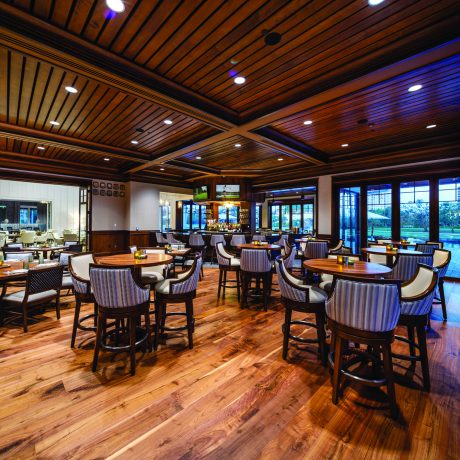 WHO MADE SUCCESS POSSIBLE?

In looking back as to how this project became a reality, there were three key players helping McMahon Group in the planning and approval process. Without them this fine clubhouse would not exist, nor the club catapulted to such success. The membership owes a big thank you to former club presidents, Sam McCollough and Frank Albanese and member Fred Luconi who chaired the construction committee. But please don’t let us forget the talented and dedicated general manager, Dave Mangan, who contributed to getting the project approved, budgeted, funded and staffed inclusive of running a club without a main clubhouse throughout almost two years of construction. He held the membership together as the clubhouse was built. 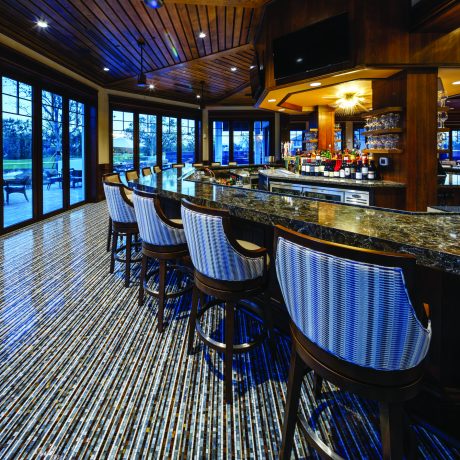 The project was so successful, the club was able to build a new locker room building with the new initiation fees. As is only fitting, Dave now gets to operate one of the best clubs in the nation.  Congratulations to the members and manager at The Club Pelican Bay in making many right choices.

Read another article about having a successful club Here

Bill is a strategic, financial and architectural planning consultant to clubs throughout North America. He established McMahon Group in 1983 as an affiliate of the family architectural firm his grandfather founded in 1906. Over the ensuing years, the firm has expanded its club consulting services beyond clubhouse improvement planning to a full range of services for all aspects of private club challenges. To date, the firm has assisted more than 2,000 private clubs across the United States, Canada, Asia, Europe and the Caribbean. McMahon Group provides a unique approach to developing club facility projects first establishing design and financial feasibility so membership approval is achieved. Thereafter final design and construction firms are selected to build the member approved project.

Mr. McMahon is unique among club consultants in providing an integrated strategic, financial and architectural approach to solving club problems. His personal involvement with his own clubs in St. Louis (serving in the roles of president, board member and committee member) has allowed him to bring unparalleled experience to each client. Mr. McMahon’s club memberships have included Bellerive Country Club (St. Louis), Racquet Club Ladue (St. Louis), University Club of St. Louis, Spring Lake Yacht Club (Michigan) and the Royal Yacht Club of Tasmania.

Mr. McMahon is a graduate of Washington University School of Architecture in St. Louis and holds architecture licenses in 44 U.S. states and in Ontario, Canada. He is a featured author in industry publications and a featured speaker at the annual conferences of the Club Managers Association of America, the Canadian Society of Club Managers, the National Club Association and the Hospitality, Financial and Technology Professionals. He serves as a visiting lecturer at continuing education sessions offered by regional CMAA chapters and at Michigan State University. Bill is a co-author of McMahon Club Trends®, the comprehensive research reports on strategic issues facing private clubs published with the National Club Association. He is also founder of the Excellence in Club Management Award.

Mr. McMahon is a member of the American Institute of Architects, and the National Club Association. He is a former president of the Missouri Council of Architects, AIA and has served on various charitable boards in the St. Louis area. 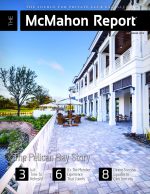