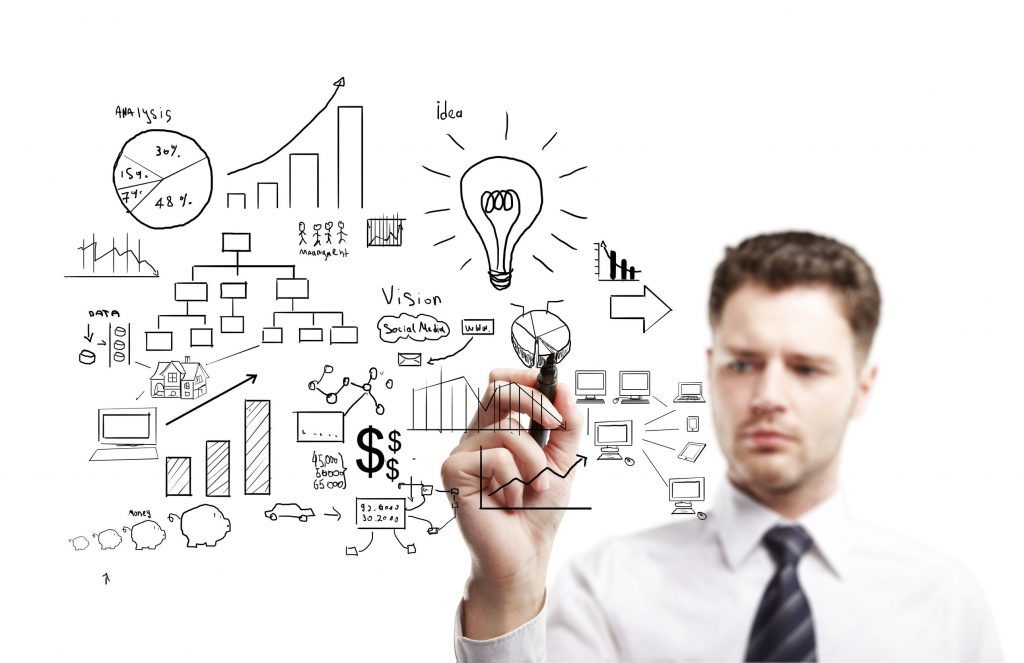 Much like the ever-changing and oft-times conflicting information we have been getting about the coronavirus, economic reports are also all over the place. Some suggest the economy is in a “V” shaped recovery, sharply down followed by a quick upsurge. In others, it is a “U”, a lengthier bottom, but still headed in the right direction, while some suggest an “L”, down and all but out. It is a complex stew. The stock market, largely backstopped by an accommodative Federal Reserve, has been gyrating accordingly, but it is up significantly since March. If it is serving as a predictor of what the economic environment will be six-months from now, that’s a positive. Or is the propping up just forestalling a big drop?

While making sense of it all is difficult, we were struck this past week by two reports, one on retail sales and the other on housing. They both have significant implications for private clubs. Let’s look first at  the retail sales report for the month of May. Not surprisingly, it was up sharply from April, if for no other reason than restaurants and stores were open. That’s a start. The increase was an eye-popping 18%, the largest on record. That would be good news, except that when you peel back the numbers, you find that this spending surge was driven for the most part by the lowest end of the income spectrum, where most of the spending is on needs, not wants. The data made it very clear that the wealthiest households, i.e., club members, have a very tight hold on their money. 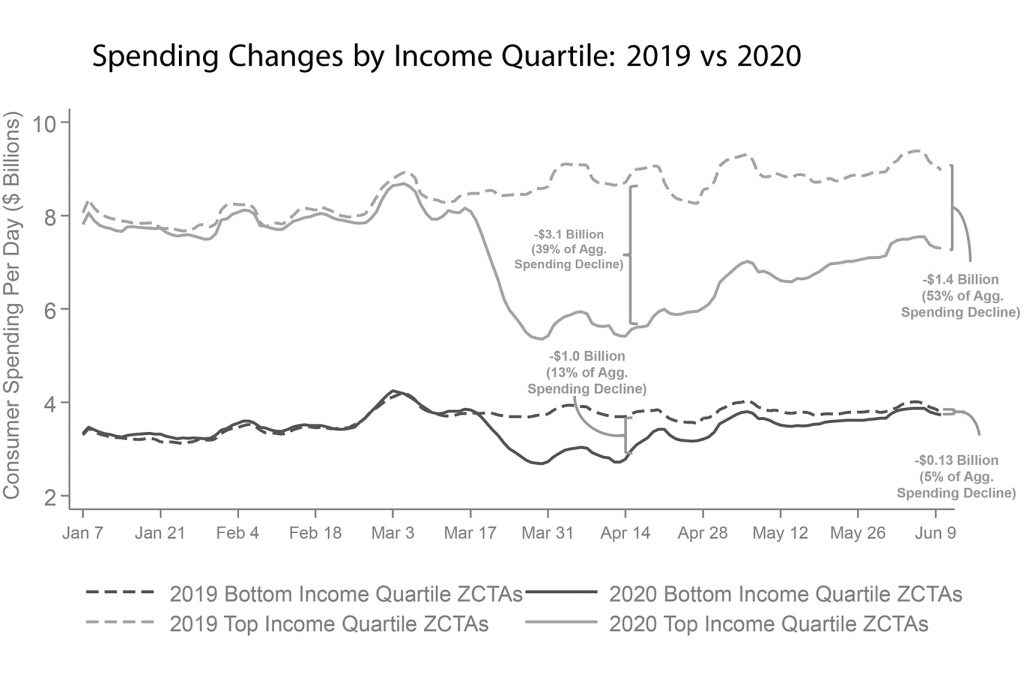 *Chetty, Friedman, Hendren, Stepner, and the OI Team (2020). How Did COVID-19 and Stabilization Policies Affect Spending and Employment? A New Real-Time Economic Tracker Based on Private Sector Data

There are multiple reasons for this, some financially related, such as unusual circumstances like non-covid related doctors and dentists being out of work. Who would ever have thought that would happen? Fortunately for them and us, both are back in their offices. Beside these anomalies, the motivation for people with money holding onto the purse strings is driven by emotion, not finances. For the most part, the wealthy have been able to work from home and maintain their income during the lockdown. This is an unusual recession in that consumers, at least the upper tier, have money, but they are choosing not to spend it. Our guess is that it reflects 1) their ability to comfortably shelter-in-place, either at home or at their country/beach house and 2) fear of getting sick. 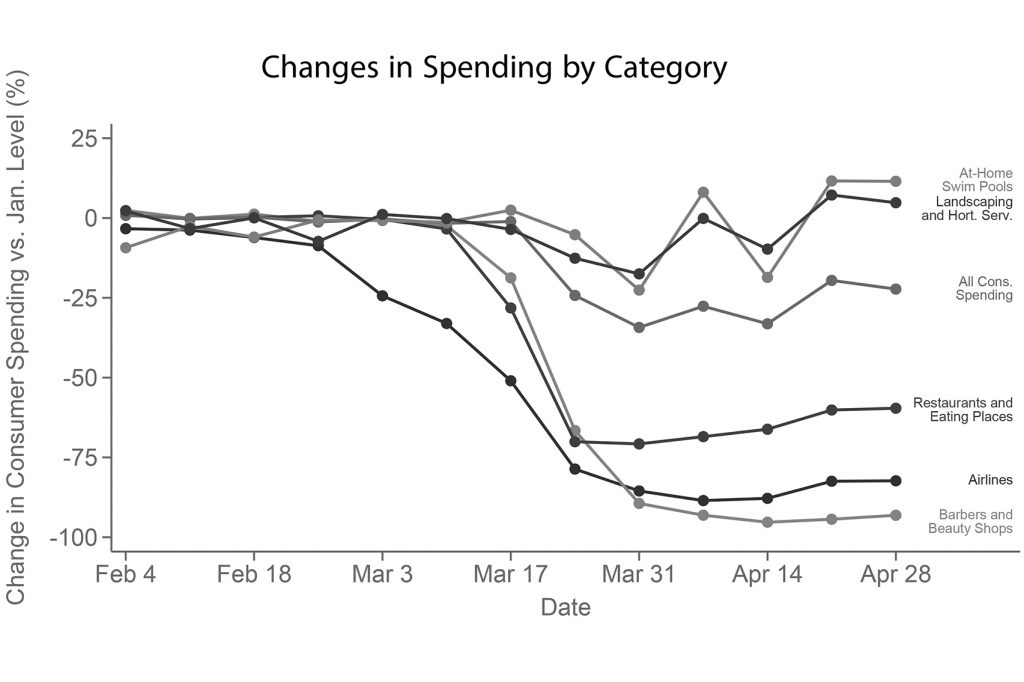 As we have identified in other reports, when economic activity returns clubs will be among the first place their members will go, provided they are perceived to be safe havens. Golfers have certainly been responsive to the reopening of their courses, but it is an activity that easily conforms to social distancing. Dining, social activities, private parties and pools are another story. It is critically important that club leaders take the steps to protect their members and staff and to encourage members to come to the club now that it is partially or fully open.

The first order of business is to make sure members feel as comfortable and safe at their club as they do in their own home. Continue to make members aware of the protocols the club is following to provide a safe and secure environment. Make reservations mandatory. Have members and guests register so you can do contact tracing if required. The staycation is back in vogue, but you are going to have to draw them back to the club by emphasizing your “trusted place” status. Adopt, follow and broadcast the fact the club is a private member enclave operated by a knowledgeable, caring staff. Regularly evaluate your policies, potentially through a Medical or Safety Committee or Sanitation Officer. A club restaurant can survive on limited volume that would sink commercial establishments. Let them know you are there for them and select others. Stress these features to your current and prospective members or those considering resignation. This is a time when your club can fill an important role in members’ lives if you play it right.

The other striking report this past week was on housing. Its booming, at least in the suburbs and in gated community safe havens, like South Florida and coastal Carolina. According to Diana Olick of CNBC, the housing market was up strong in May, but especially so in suburban zip codes, where web searches for available homes were up 13% for the period, more than double the pace of cities and urban areas. In fact, more than half of the nation’s hundred largest metro areas are seeing increased interest in suburban homes. Anecdotally, during a recent visit to a club in coastal Carolina, a realtor reported selling 15 homes in the last two weeks. Almost all of them were to people looking to get out of New York, New Jersey and other northeastern states. 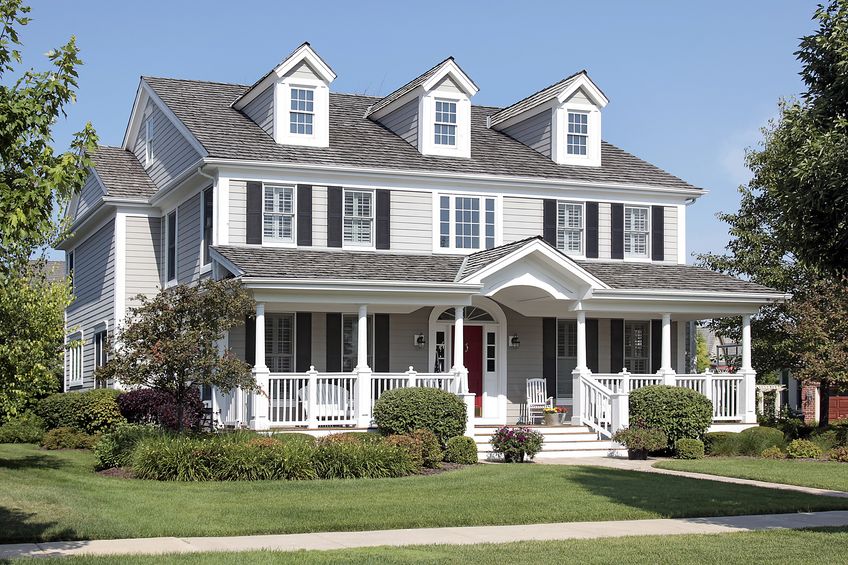 This shift, which is really a continuation of the eroding demand for city living that began in 2015 has obvious implications for country and city clubs, one decidedly positive and the other not so much. The demand for suburban properties is being driven by the Millennial Generation, now the largest cohort in the home buying equation. With the vanguard approaching 40, this 80 million strong group is doing what Americans have done since the 1950’s – they’re getting married, having kids and moving to the suburbs. As we’ve previously reported, our data show that the majority of new country club members are between ages 36 and 45. Provided country clubs have the goods – a fun, family friendly, full-service member experience – the supply of potential members is on the rise, now through the next decade. The other dynamic is among Baby Boomers looking to transition to safe havens. They are in search of a “second act”, a home in a club community for active aging. Gear up, all you golf-centric clubs of old. Health and wellness will be the analog for the future than golf was in the past. 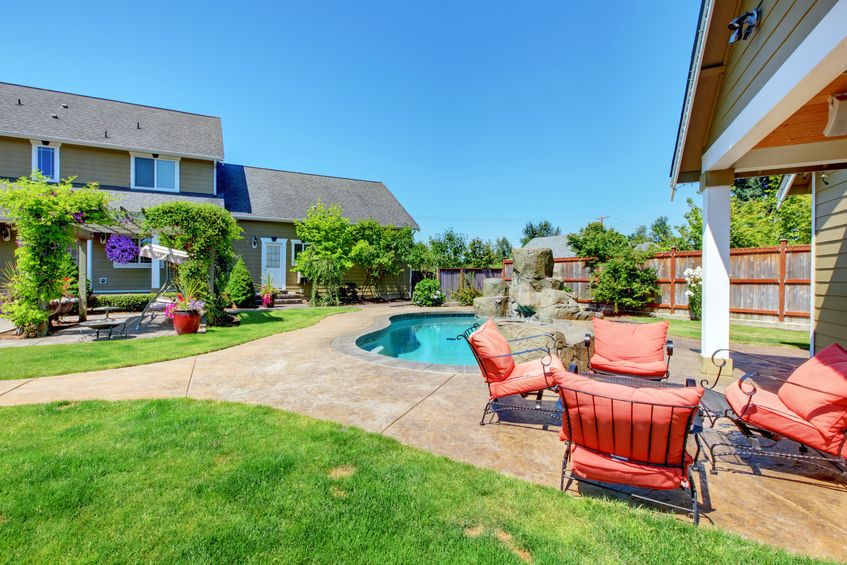 To paraphrase on the old saying about America’s outsized impact on the global economy, when the club industry sneezes, city clubs catch a cold. Unfortunately, it seems that clubs in urban centers are in for a tough haul here, confronted by the perfect storm of declining interest in city living, civil unrest and the faster than anticipated adoption of the working from home trend spurred-on by the shelter-in-place lockdown. Polls of workers who have that option indicate that about 50% of folks want to keep working remotely when offices reopen, especially in places with arduous commutes like New York, San Francisco, Chicago and Los Angeles, and this was before these cities started closing roadways. And employers are accommodating these wishes and thinking about how to reduce rent in the process. All in, it appears the addressable market for city clubs will shrink over the next several years.

Unlike prior recessions, people have money, but they are choosing not to spend it because they are fearful of becoming sick or because they have good options, like staying home in the modern suburban house replete with all the amenities they need to rest, relax, work, exercise and entertain themselves and their smaller social circle. They will not come flooding back to your club unless you make it a safe place and take steps to connect with them. The opportunity is significant, but it is not a given. Additionally, country clubs must provide the experience members want, especially the up and comers. If the club is going to fulfill its role as the members’ home-away-from-home, then it too must provide all the aforementioned amenities. It needs to have multigenerational appeal, serving as a place where members recreate, socialize, work and enjoy family time.

On the city club side, it is a time for serious reflection and strategizing. Do some research among your members and your marketplace. Will members be returning to the city for work and play? What do the largest employers in your market think? What is the forecast for leisure and business travel? Are conferences a thing of the past? While the number of city clubs has “right-sized” over the past decade, leaving only the largest and strongest clubs, even these once “invincibles” will need to take bold steps to win back members. At a minimum, this is likely to include some tie-ups with their suburban brethren or other ways to offer regional appeal. Serving as a safe oasis in the city will be a good starting point, but if the vibrancy so central to city living is absent, what is the market potential?

Whether your club is on the bright or darker side of these rapidly changing economic and social trends, it is time to research, plan and act. Let us know if we can help.

Mr. Vain joined McMahon Group in 1988 and has more than forty years of experience in the management and development of hospitality properties including country clubs, city athletic and dining clubs and residential communities. Frank is Past President of The Country Club of St. Albans, a 36-hole country club located in Missouri, and he is a former partner in Concord Sports Club, a 1,700 member family athletic club in St. Louis. Frank was elected to the Board of the National Club Association in 2011 and served as Chairman in 2019-20.

Mr. Vain is a native of Philadelphia and graduate of Franklin & Marshall College, Lancaster, Pennsylvania. He is a featured speaker at the annual Club Managers Association of America World Conference, National Club Association National and Regional Conferences, Major Golf Associations and a regional chapter meeting of club managers and leaders.

Frank is a regular contributor to industry leading publications like Club Management, Club Director and BoardRoom. He was named the Gary Player Club Educator of the Year for 2012 and 2015 and received the Lifetime Achievement Award in 2021 by BoardRoom. He is also a co-author of McMahon’s Club Trends, a recognized industry benchmark on the trends and issues affecting private clubs. 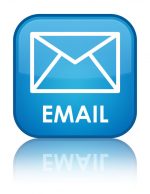